Today a 10 ton virtual juggernaut smashed straight through me.  I didn’t see it coming and it made no noise, but the force took my legs clean out, and left my guts on the floor.

The day started well enough with cleaning duties at Pikpa, a camp just outside Mytelini set up solely for families and vulnerable people. Actually the volunteers here don’t call it a camp, and I can understand why. They work hard to make the environment as ‘homely’ as possible, and they do a damn good job. But that said, it’s hard to get away from the fact that there are tents and wooden huts, communal washing, and eating areas and clothes lines that zigzag across the whole site.

The ferry strike is over, so things are moving. That’s all people want to do here, find a way to move on, to make a new start, to build new lives for themselves and their families. And as each ‘house’ (as the volunteers call them) is vacated, it must be cleaned and the bedding changed ready for the next.

And so we began with one of the tents, stripping the beds, throwing out the rubbish and dragging the mats out to clean – in reality that means shake a few times, and then do the best you can with a soft brush.

We tried to find the most colourful eiderdowns to put on the bottom bunks – for the children. But there is no time to do the gardening.

As we treck to and from the storage areas collecting cleaning materials, and ‘once loved’ bedding, we begin to get a feel for the place. It’s a bit like one of those holiday camp sites I visited as a child in the 60s, where children would play games in and out of the tents, and women washed cooking utensils under cold running taps. Only here the campers are not on holiday for a week –  this isn’t a short break from real life –  this is real life. And scratch below the surface – no, not even scratch, simply blow off the dust – and you will see so many things, from anxiety and depression, to relief anticipation and  hope.

The people here are more resourceful than they were in the 1960s though, when we lived in a throwaway culture.  Growing plants in old clothes, every camp has a compost heap, and even the discarded life jackets are put to good use.

Children are children, of course, but goodness knows what these young eyes have witnessed.

So send in the clowns, there ought to be clowns. 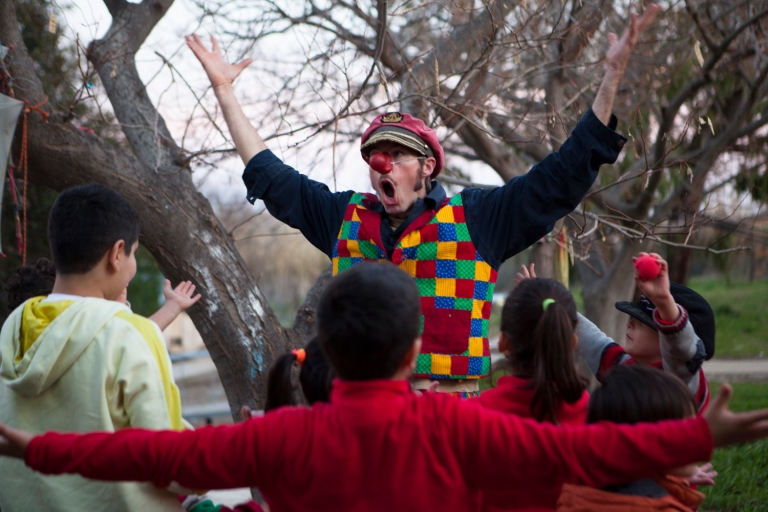 I’ve yet to find out just who this guy is, but he deserves worldwide recognition. Moving from camp to camp playing the fool, collecting children like the Pied Piper. He makes them laugh, he makes them sing, he makes them…… forget, if only for a while. 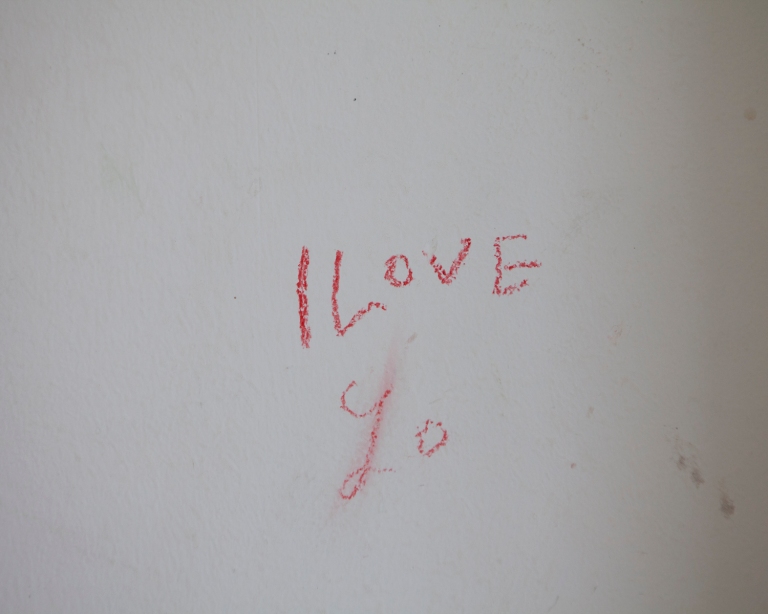 As night falls volunteers drive families to the ferry. And I find it difficult to watch them take pictures of each other, to say farewell, good luck and thanks for everything. In times of crisis people become very close, very quickly. I wonder where the refugees will be in three weeks, in three months? When LesVos, its volunteers and trail of farewell wishes become a distant memory, indistinguishable from all the other memories along the way, one long continuous camp. 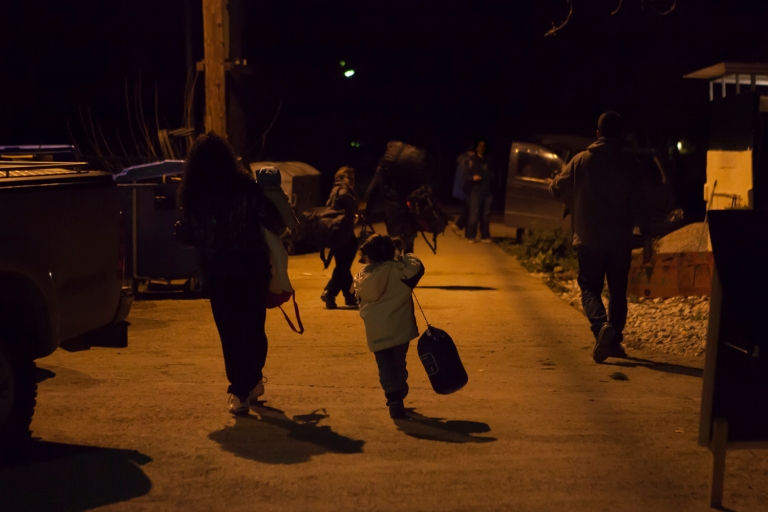 So with just a handful of families left and more cleaning to do I continued my bed making and tent cleaning. But, of course, I always have my camera with me, and that proved to be my biggest mistake.

Making the trip to get clean water to mop floors, two boys aged about seven ran past me me in the dark. I smiled and said ‘hello’ – most of the children understand hello, and let’s face it – everyone understands a smile. They stopped to talk, and I wondered how this was going to work.  But we had a unique conversation, both speaking in our respective languages. Neither of us had any idea what the other was saying, but it didn’t matter. It’s the talking that counts. Then they pointed at the camera, and back at themselves, smiling. And normally I wouldn’t hesitate to oblige, but at Pikpa I am not permitted to photograph faces. Photography is a sensitive issue here, where refugees are open to exploitation on so many levels.  But how to explain this to a beaming seven year old who speaks Arabic?  So, knowing that it was too dark to register anything on the sensor, I pointed my camera at one of the boys and clicked.  I thought that when I showed him the black frame, when I shrugged my shoulders and said ‘ too dark’, he would understand, and that would be that.

But I had completely overestimated my ability to outwit a seven year old.

In response, he took his friend’s arm, and led us both to one of the wooden houses, where an interior light shone out from the window. There, he positioned himself next to his little friend, beautifully lit, and looked at me as if to say: ‘problem solved’.

What else could I do but press the shutter?.

And as I looked at that picture on the back of the camera –  two grinning seven year olds with everything to live for, the full force of that juggernaut hit me from behind.

For further information about donating, volunteering or general enquiries – www.lesvossolidarity.org

or find them on FB here https://www.facebook.com/pikpalesvos

3 thoughts on “It’s the Little Things”